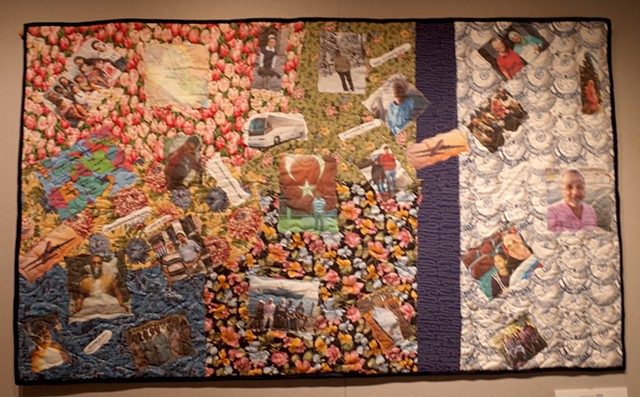 This family lived in Bagdad, where the father was a successful Mechanical Engineer. They loved their country. The people were friendly and would care for each other, sharing with those in need. When the war began this all changed. There were shortages, and people became angry and looked out for their own families only. Finally when the father was going out to get things for the family, he was attacked, and his neck was broken. Next the son went out and he was also attacked, and his arm was broken. The family tried moving to another part of the country to the north, hoping to stay in their country and find a safe place to live. Life continued to be dangerous. Finally, in September 2009 they left Iraq, the country that they loved and moved to India.

While they were in India the father had health trouble needing two surgeries. They tried again to go back to Iraq, but found it was still too dangerous. They then moved to Turkey where the father had eye surgery.

The final move was to Kansas City, Missouri in 2015. They now feel safe, are making friends, going to school, and looking forward to knowing enough English to find good work. The classes with Once We Were Refugees has identified an employer that will employ them in the very near future, following a training program.

The family designed this quilt so the top of has mountains. They loved the beautiful mountains in Iraq. Then the stitching in Iraq is a meandering stitch to remind the family of the moving around in their country to try to stay in the country they loved. In the countries of India and Turkey, they asked to have hearts with lines through them to show how their hearts were broken to be so far from home.

Finally, over the United States, they designed a shining sun and flowers, showing their joy and thankfulness for a safe place to live, new friends and hope for a better future.